Want to learn more? Check out some of these resources! 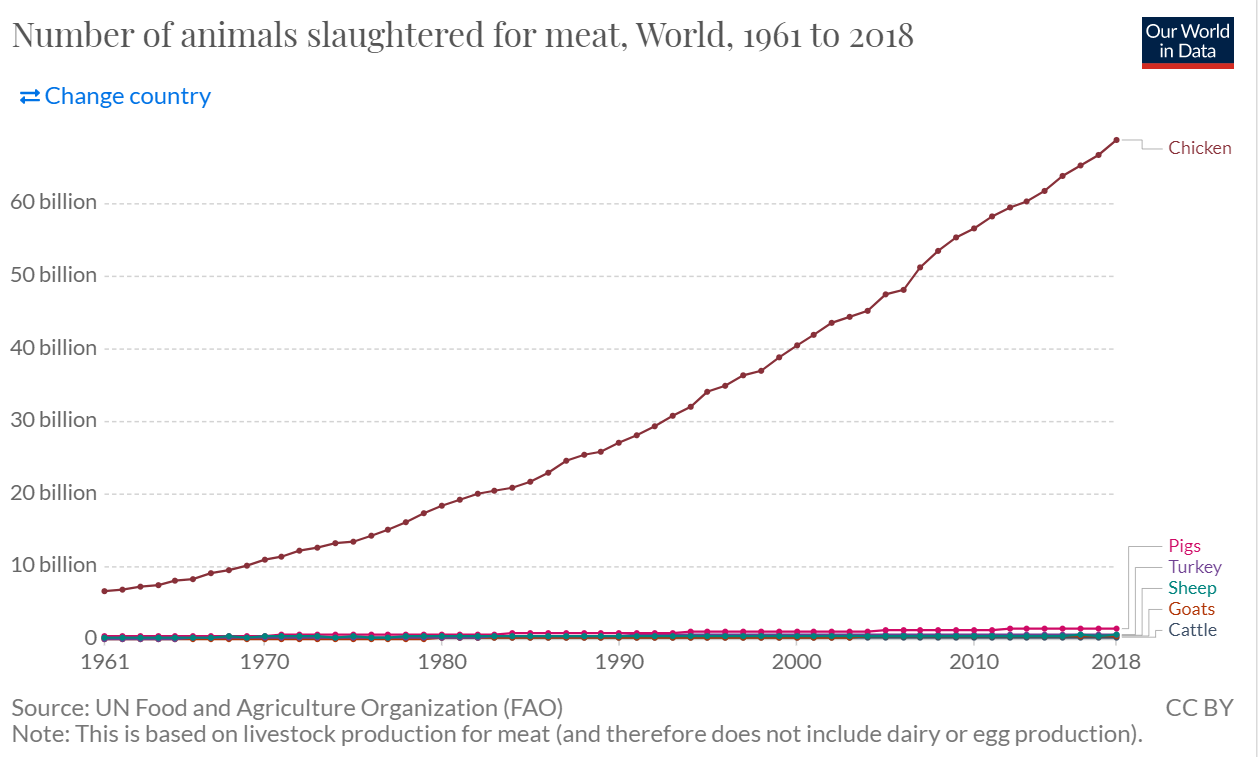 Our friends at Beyond Meat are back in the plant-based chicken market:

And as my colleague Kelsey Piper has explained, each year the average American eats about 23 chickens, compared to just over one-tenth of one cow. Chicken has also become extremely popular; Americans eat twice as much of it now as they did in the 1970s.

All this bothers Brown, the Beyond Meat CEO, a lot.

“Animal welfare is a really important consideration,” he said. “In terms of just the number of sentient beings — the sheer number of captive beings — chickens are up there. It’s a different thing than beef, for sure.”

Our friends at Rebellyous Foods are expanding their distribution of plant-based chicken nuggets.

​​Vox.com: Farms have bred chickens so large that they’re in constant pain.

There is a new research paper out. Author's summary: "My coauthors and I apply methodology previously used to estimate the overall burden of disease in human populations ... This leads us to conclude that policymakers interested in alleviating animal suffering ought to focus on chickens."

Think that vegetarianism is taking over? The most thorough analysis, by Animal Charity Evaluators, says otherwise: "Around 1% of adults both self-identify as vegetarians and report never consuming meat. It seems that this percentage has not changed substantially since the mid-1990s."

"The European Union produced a record 33.5 billion pounds of poultry in 2018.... At this rate, the EU will set a record for poultry consumption in each of the next 10 years. It’s hard to imagine just how many animals we’re talking about. At any given time, there are about 23 billion chickens alive–or three chickens for every one human being on earth."

People say they are going to eat less meat. Do they? This analysis reveals the truth.

One Step's second podcast ad was the opening  of this discussion between Sam Harris and Ezra Klein. It led to even more visits to OneStepMatters.com than the first ad!

One Step's first podcast ad was the first 45 seconds of this Ezra Klein interview with Melinda Gates. Thanks to everyone who made it possible!

Is it any better in the UK? (see graph at right)

Our Australia-specific booklet is now online and available to order!

Note: All donations are still being doubled, dollar-for-dollar! We also now have the ability for you to set up recurring donations.

One Step's message has been featured by Vox and the CBC. Thanks to everyone who has shared these!

We have our new sticker; thanks to everyone who voted. If you would like one (or more), please contact us

Even the factory-farming industry realizes "Chickens are far more clever than you may think"!

​Unable to leaflet but still want to get the word out? Download, print, and post these posters! 1, 2, 3.

We now have a blog.

Ever wish you could explain Why One Step in a video? Your wish is our command!
(You can subscribe to that blog (upper right) for more insightful posts!)

The Lives of Chickens.

Here is our first Facebook-specific video! Please share - thanks!

Here is our first advocacy video! Be sure to watch full screen if you can. And here is our booklet. You can order copies to distribute in your area!

Why One Step? The numbers are clear!

This video is just terrible. Horrible.

We're thrilled to welcome Peter Singer and Ginny Messina to our team! Please be sure to read and pass along Ginny's Bad news for red meat is bad news for chickens.

Does this upset you? Does it make you angry? Sad? Driven to change the world as quickly as possible?
Us, too. Please consider donating to One Step. Your donation will be doubled! And we will spend it with the utmost focus on helping animals.

Why One Step? New analysis from Joe Espinosa and Matt Ball. 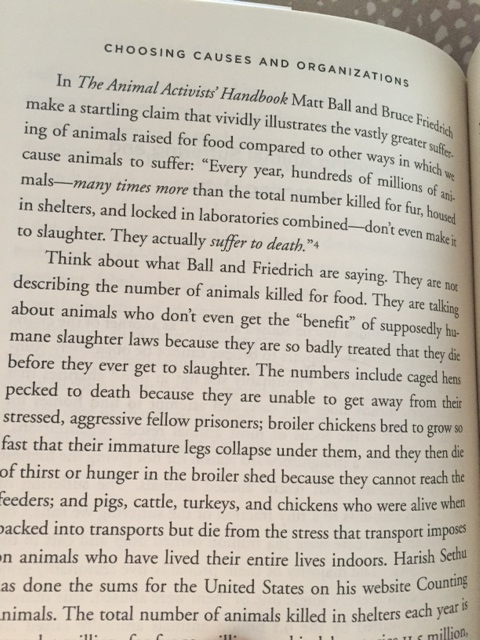 From Peter Singer's book, "The Most Good You Can Do."
New bit on the lessons from the last three decades.

Why focus on animals? Here is just another example (video) of how other arguments to try to get people to change their diet will often hurt animals in the real world.

As Nobel Laureate Herb Simon pointed out, people don't seek to find the perfect solution. They look for something that is better and "good enough." When we make an argument where red meat is the worst and a certain form of veganism is the best, the vast majority of people choose somewhere in the middle. And this almost always means eating many more birds.

One Step has received 501(c)(3) status! All donations are fully tax-deductible!

Good article on which first step to take.

You Will Never Eat Chicken Again After Reading This

Still wondering if it is time to rethink our advocacy? Then please read this.

The poultry industry continued to feed DES to chickens for years after it was shown to cause human vaginal cancer http://bit.ly/NF20140811a

How much suffering in the Standard American Diet? Updated analysis.